Abrasive Blast Cleaning, what is the right pressure?

If you speak to any abrasive blast contractor, they will openly state that the air pressure achieved at the blast nozzle equates to the efficiency of the blast. This in turn equates to time spent on the project which ultimately is measured as cost, either lost or gained on the project.

Now the concept is relatively simple…

Connect one end of a blast pot to a high-volume air compressor and the other to a blast hose/blast nozzle system. Charge the abrasive media into the blast pot, fire up the compressor and hang on to the nozzle as you propel the abrasive mix, at high speed, at the substrate to achieve a cleanliness and profile standard.

Simple – what could go wrong?

Blaise Pascal (1623 – 1662) stated that, in a fluid (1) at rest in a closed container, a pressure change in one part is transmitted without loss to every portion of the fluid and to the walls of the container. This statement is often shown as Pressure Out (Pout) equals Pressure In (Pin) – See Equation 1.

In an ideal world it could be argued that the air pressure delivered by the compressor (Pin) must therefore equal the nozzle pressure (Pout). However, there are several problems with this assumption, which I will attempt to explore in the following paragraphs.

Leaks – Not a Closed Container

Let us convert this data to the metric system. The abrasive blasting system (hoses, pot, etc) is pressurised from a compressor delivering approximately 7 Bar (100 psi). If somewhere along the system an orifice (hole/leak) of 1.6 mm (1/16”) diameter is detected, the resultant air loss would equate to ± 180 L/min (6.49 SCFM).

Now the obvious questions are:

In answer to Question 1, an orifice of 1.6 mm is very realistic. If we assume a 32 mm (1¼”) claw coupling is used to connect the blast hose to the blast pot, the bull-hose coupling gaskets would only need to wear down by 0.8 mm across their circumferences to achieve this air loss (remember there are two coupling faces – one on the blast pot and the other on the blast hose). Now 180 L/min of compressed air loss equates to 86.4 kL of air lost over a given day’s operation (assuming an 8-hour working day).

The answer to Question 2 requires a complex understanding and manipulation of an equation known as the Ideal Gas Law. The derived equation (Equation 2 below) clearly shows that the longer the leak is left undetected or sealed off (shown as L.R(t)  – time based), the greater the pressure loss will be (shown as ΔPleak). (3)

Note – there is some complex engineering mathematics involved in deriving the resultant pressure drop as a result of a leak in the system. It is, however, safe to state that any leak of compressed air from the abrasive blast system will result in a pressure drop and ultimately affect the efficiency of the process.

The reality is that as soon as the abrasive media enters the compressed air stream the entire dynamic of the system changes. We now have what is known as a heterogeneous fluid system, i.e. abrasive particles of differing sizes and density are being propelled along, and through, a hose of varying shape and rigidity by the compressed air. This dynamic creates an unstable flow pattern. So once again, how does this affect the Pout?

There is an accepted norm that the turbulent flow created by the media particles moving within the air stream will create a pressure differential. This flow regime is characterized by chaotic property changes; these include rapid variations of pressure and flow velocity in space and time. It is known as “normal” turbulent air flow.

However, what can and should be controlled, are the unnecessary turbulence effects created by changes to the shape and angle of the blast hose. For every bend, constriction and/or loss of rigidity in the blast hose a pressure differential is established. The direct application of this effect is described in a series of complex mathematical equations, the Bernoulli’s Principle.

The French scientist JL Poiseuille (1799 – 1869), who interestingly was working on the fluid dynamics of blood, determined that a fluid (air in our case) flows fastest towards the centre of a pipe than it does along the internal walls (the boundary layer) of the pipe.

His work shows the fluid flow is directly affected by the internal radius of any pipe. By using what is known as Poiseuille’s equation (7), it is noted that the boundary layer has a significant effect on the volume rate of flow through the pipe. More importantly, is that as the radius decreases (narrower pipes) so this effect increases. In other words, the boundary layer creates a drag/resistance to the natural flow of air through the pipe.

So how does this affect Pout?

Figure 4a and 4b below, extracted from Elcometer’s YouTube video presentation on blast efficiency (8), visually displays this boundary layer effect. The volume flow and subsequent pressure differential in the narrower diameter hose (25 mm id – Fig.4b) is significantly higher than that observed in the larger diameter hose (38 mm id – Fig. 4a).

Now here is where the mathematics gets crazy…

Imagine an old blast hose that has lost its rigidity and has been incorrectly laid out so that tight bends and/or running over sharp edges are not avoided. There would be a cumulative effect in the physical laws explained above. With the increased effects from the boundary layer and the increased effect of turbulent flow dynamics, the resultant pressure differentials would be significant.

So why all the fuss about pressure? Surely, it’s the velocity (or speed) at which the abrasive media impacts the substrate that creates the cleanliness and profile?

Well… yes and no. Based on additional work observed by Pascal, it was established that pressure can be defined as force (F) per unit area (A), shown in Equation 3.

The practical implications of Equation 3 are: at a given stand-off distance and using a nozzle of known aperture, the blast pattern will cover a defined area for a defined nozzle pressure (Pout). So if Pout is less than what was expected, due to losses in the system, there would be a significant loss of efficiency.

Table 2 (5) shown below can be used to explain this. An abrasive blast contractor determines that for a given project he will use a #8 blast nozzle and run at a nozzle pressure of 100 psi. From this he calculates his efficiency and the man-hours required for the project. Upon set-up the actual nozzle pressure is measured as 80 psi i.e. 20 psi has been lost due to air leaks, old hoses that are now less rigid and T-piece connectors.

In real terms the reduced pressure will result in any/all of the following direct consequences:

In summary, the points mentioned above will all lead to a lower probability of achieving the desired surface cleanliness and profile i.e. a lower rate of efficiency from the blast operation.

Ask the same abrasive blast contractors, as in my opening statement, what the three major costs are in achieving the specified surface cleanliness and profile for a given project. I would suggest that the answer will be:

The common factor in all of these running costs associated with abrasive blast processes is the pressure at which the compressed air, and therefore the abrasive mix, leaves the blast nozzle. It should be obvious that any reduction in Pout, no matter what the root cause of this reduction, will result in additional time being spent to achieve the specified cleanliness and profile. The old adage of Time is Money then holds true…

So what is the solution to maintaining a steady Pout? I believe it lies in a combination of the following points:

The answer is NO – abrasive blast operations are not closed systems but Pin can approximate Pout – this is the desired goal. 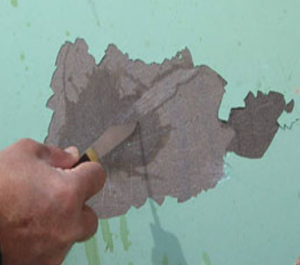 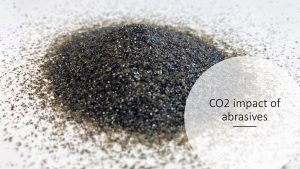 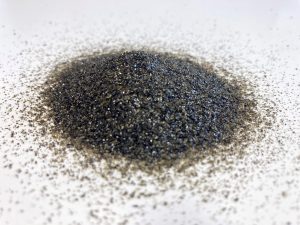 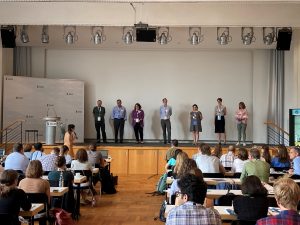