Iron eating bacteria have been found in the channel of Gent

Researchers from the Belgium Higher Nautical College from Antwerp and the university of Ghent have found iron eating bacteria in the channel between Ghent and Terneuzen. According to the news article posted on the National news site: NOS, “the bacteria are drilling holes in sheet piles and ships.”

According to the article, the root cause lies within bacteria that are grouped under the definition of MIC. The researchers from both universities are explaining to the reporters that they are suprised by the power and velocity of the bacteria. Normal corrosion rates would be in the area of 0,1 mm per year. In this case they have seen a loss of material that comes close to 0,5 mm/year.

As a ship owner, should I be concerned?

The tone of the article is very concerned. All our metal structures will soon collapse, if we don’t do anything. Of course, further research is recommended.

Ok, time to sqeeze the emotional tone out of the article.

Let’s start with the fact that MIC is a well-known phenomenon. For ships and sheet piling, too, MIC is regularly encountered as a corrosion mechanism. And yes, it can go very fast. But it is never a uniform pattern: It are always local corrosion defects (pitting).

Generally spoken, traditional methods to prevent corrosion are usually equally effective to MIC, as well as other corrosion mechanisms. If you have a well applied coating system, usually applied in conjunction with cathodic protection systems such as sacraficial anodes, it should be sufficient to keep the bugs away from your ship of sheet piles.

Bacteria are opportunistic. They will find a way if design or application failures are made on either the coating system or the cathodic protection system. If a biofilm starts to settle on the surface and an environment without much oxygen has been created, the party for hungry bacteria can start. But drilling holes is not exactly the mode of action you expect (learn more in our masterclass about the mechanisms).

It is very important that both the specifications of the coating are aligned to the material (metal surface) and the environment it is exposed to. Also the surface preparation and application should be according to the coating specification. And secondary, the design of the cathodic protection system should fit the object. Especially with vessels with greater complexity, we have seen cases where designed protection potentials are not reached, resulting in either over or under protection.

Why is MIC happening more often?

We are regularly asked how it is possible that MIC is more prevalent now than in the past. How is this possible? This is a very relevant question. Actually, it is more important than the question whether MIC can occur in canals and lakes (because MIC bacteria are naturally present there).

We see three important reasons for this:

Perhaps the most important argument. The competences to measure MIC have improved dramatically in the last 10 years. Organisations such as AMPP and ASTM have standardised much more. As a result, there is a better and more uniform approach to making the diagnosis. In addition, there has been a tremendous development in DNA-based measurement methods.

Just as we massively adopted the PCR technique during the Corona outbreak, the industry has also lined these methods up to measure relevant MIC bacteria.

Contrary to what you might expect, the water quality of many surface waters in European countries has improved significantly in recent years. If industrial water is discharged, it must comply with strict guidelines. As a result, many canals and lakes have become a much more pleasant habitat for all life. So also for many bacteria.

We cannot ignore the fact that our climate is changing. Our summers are getting warmer, our winters less cold.
This affects not only our habitat, but also the water around us. The average temperature of water in canals and lakes is rising.
This warmer water not only makes it a nicer environment for bacteria to grow, many biological processes are also faster at this higher temperature.

No, unfortunately these are correlations. We have not yet established a causal relationship between these factors. They seem to have an influence, but there is probably more to it than that.

Dear Sirs and Ladies of the University of Ghent and the Higher Nautical College of Antwerp, isn’t this a nice subject for a follow-up study?

Read the original article at NOS. 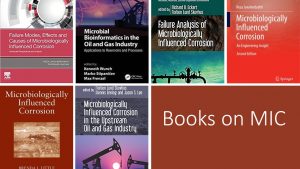 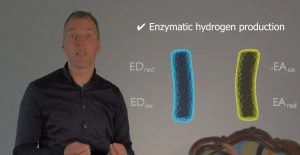 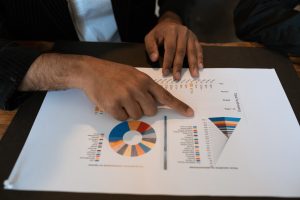 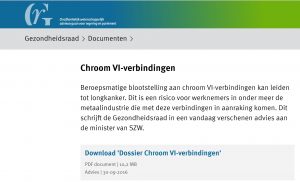